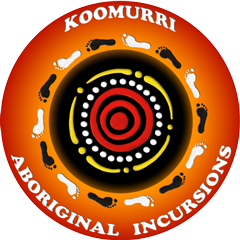 Please note** We are delivering virtual performances and events to all states that are currently in lockdown. Live events are catered for in all states open for events.

Due to COVID19 our online booking system has been turned off. Please email your event details or requests or phone Connie Dawson for school and preschool bookings and Darrel Baird for corporate and Government events. Our mobile numbers and email addresses are listed at the bottom of every page.

Koomurri deliver events in line with all COVID19 government regulations relevant to each state and territory. 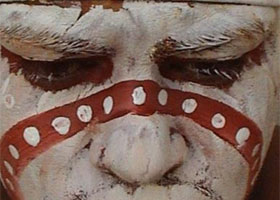 At the Koomurri Entertainment believe in sharing our aboriginal culture with all Australians and international guests. Every time we bring our indigenous teachings to a school, conference or an event, I find it spiritually uplifting to see how our performance and our culture affects people and the enjoyment it brings to their faces. I am so proud of the Koomurri cultural dance troupe and the dedication they bring to every performance and workshop.

On behalf of all the Koomurri Entertainment performers, I thank you for stopping by and look forward to working with you in the near future. Remember the past, live today and dream for the future. Be apart of the Dreaming, to be apart of the healing. Live and share our Australian aboriginal culture. 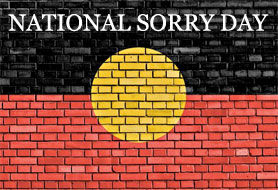 On our pathway towards reconciliation, Sorry Day on 26 May is an important moment to remember the past policies of forced child removal.

Healing will take the reconciliation of all Australians of all backgrounds and Koomurri can facilitate Welcome To Countries, Smoking Ceremonies and other ceremony to help Australians come together to commemorate Sorry Day.

At the heart of reconciliation is the relationship between the broader Australian community and Aboriginal and Torres Strait Islander peoples. To foster positive race relations, our relationship must be grounded in a foundation of truth.

Aboriginal and Torres Strait Islander peoples have long called for a comprehensive process of truth-telling about Australia’s colonial history. Our nation’s past is reflected in the present, and will continue to play out in future unless we heal historical wounds.

Today, 80 per cent of Australians believe it is important to undertake formal truth telling processes, according to the 2018 Australian Reconciliation Barometer. Australians are ready to come to terms with our history as a crucial step towards a unified future, in which we understand, value and respect each other.

Whether you’re engaging in challenging conversations or unlearning and relearning what you know, this journey requires all of us to walk together with courage. This National Reconciliation Week, we invite Australians from all backgrounds to contribute to our national movement towards a unified future. 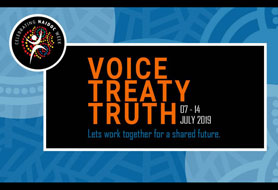 We invite you to walk with us in a movement of the Australian people for a better future.

The Indigenous voice of this country is over 65,000 plus years old.

They are the first words spoken on this continent. Languages that passed down lore, culture and knowledge for over millennia. They are precious to our nation.

It’s that Indigenous voice that include know-how, practices, skills and innovations - found in a wide variety of contexts, such as agricultural, scientific, technical, ecological and medicinal fields, as well as biodiversity-related knowledge. They are words connecting us to country, an understanding of country and of a people who are the oldest continuing culture on the planet.

And with 2019 being celebrated as the United Nations International Year of Indigenous Languages, it’s time for our knowledge to be heard through our voice.

Why Work With Koomurri Entertainment?

We share our culture in stadiums, on stages and catwalks; in offices boardrooms and ballrooms; at schoolyards, classrooms, and foyers; in theaters, festivals and concerts: from small community projects to internationally televised events for all Australians of all backgrounds.

Recently representing the Australian High Commission's in Malta and Cyprus to bring an authentic touch of Australia to the Mediterranean islands for the 2018 Commonwealth Games baton relay, Koomurri Aboriginal Dance Troupe also performed highly successful shows at a major Hungarian festival and a major performance in Vienna Austria to celebrate the re-opening of the World Museum (Walt Wien) to over 7,500 guests with the event broadcast on Austrian television. The event in Vienna was attended by 2017 Austrian President Alexander Van der Bellen, Australian Ambassador Dr. Brendon Hammer and Australian Embassy staff with other major VIP patrons of the arts from across Europe. The event featured other indigenous performers from Austria, Bosnia and Herzegovina, India, Iran, Mexico, Mongolia, South Africa, Switzerland, and Zimbabwe.

Koomurri Entertainment are the caretakers of fire across Sydney Harbour for Australia Day / Survival Day 2017 through 2019 performing Ceremony and contemporary dance at Barangaroo, Campbells Cove on stage Tallawalladah, Circular Quay and the Opera House each your for this televised event. Koomurri also opened the televised 2019 NAIDOC Awards.